COMMON BUDDHIST TEXT: GUIDANCE AND INSIGHT FROM THE BUDDHA [3]

Introduction to the Sangha,
or community of disciples

The Buddha’s disciples consisted of monks (Pāli bhikkhu, Skt bhikṣu), nuns (Pāli bhikkhunī, Skt bhikṣuṇī), laymen and laywomen. These groups are known as the four ‘assemblies’ (Pāli parisā, Skt pariṣat). The term Saṅgha (Skt Saṃgha) or ‘Community’ refers in its highest sense to the ‘Noble’ Sangha of those, monastic or lay, who are fully or partially awakened. Most typically, though, it refers to the community of monks and/or nuns, whose lifestyle is especially designed to support the path to awakening, with its supportive friendship being ‘the whole of the holy life’ (*Th.86), and the monastic Sangha symbolises the Noble Sangha. ‘Sangha’ in its widest sense was also occasionally used of all the four ‘assemblies’ (Aṅguttara-nikāya II.8) – a sense which became not uncommon in Mahāyāna circles. The terms bhikkhu and bhikkhunī literally mean ‘almsman’ and ‘almswoman’. The original mendicancy of these, still current to varying extents, symbolized renunciation of normal worldly activities and involvements: this was an aid to humility, and also ensured against becoming isolated from the laity. It is said that the mutual giving of laypeople and monastics brings benefit to both (see *Th.190). The often close lay–monastic relationship makes bhikkhus unlike most Christian ‘monks’. They also differ from these in that their undertakings are not always taken for life, and in that they take no vow of obedience (though for their first five years, they live under dependence on a senior). The Buddha valued self-reliance, and left the monastic Sangha as a community of individuals sharing a life under the guidance of Dhamma and Vinaya. The job of its members is to strive for their own spiritual development, and use their knowledge and experience of Dhamma to guide others, when asked: not to act as an intermediary between God and humankind, or officiate at life-cycle rites. Nevertheless, in practice they have come to serve the laity in several priest-like ways.

The life of monks and nuns is regulated by the vinaya, meaning ‘that by which one is led out (from suffering)’. The main components of this section of scriptures are a code of training-rules (Pāli (pāṭimokkha, Skt prātimokṣa) for monks, one for nuns, and ordinances for the smooth running of communal life and ceremonies. The vinaya drastically limits the indulgence of desires, and promotes a very self-controlled, calm way of life, of benefit to the monks and nuns themselves and an example which inspires confidence among laypeople. In some ways, it can be likened both to a code of professional conduct and one of sports training. The rules are not so much prohibitions as aids to spiritual training that require those observing them to be ever mindful. By constantly coming up against limiting boundaries, they are made more aware of their ‘greed, hatred and delusion’, and so are better able to deal with them.

The most serious monastic rules concern actions, which immediately and automatically ‘entail defeat’ (pārājika) in monastic life and permanent dismissal (see *V.84): intentional sexual intercourse of any kind; theft of an object having some value; murder of a human being; and false claims, made to the laity, of having attained advanced spiritual states (a possible way of attracting more alms). As serious karmic consequences are seen to follow from a monk breaking these rules, it is held to be better to become a layperson, who can at least indulge in sexual intercourse, than live as a monk who is in danger of breaking the rule against this. The importance of celibacy – in the sense of total avoidance of sexual intercourse – is that sexual activity expresses quite strong attachment, uses energy which could otherwise be used more fruitfully, and generally leads to family responsibilities which leave less time for spiritual practice.

In the Mahāyāna and Vajrayāna, the monastic Sangha has remained important in most countries, though bodhisattva vows are taken by devout laypeople as well as by monks and nuns. In Japan, the celibate Sangha has mostly been replaced by a married priesthood since the late nineteenth century, and in the Vajrayāna, revered teachers (Skt guru, Tibetan lama) may be either monastics or married. Among a famous set of Vajrayāna teachers known as the mahā-siddhas (‘great accomplished ones’), who lived from the eight to twelfth century, most were not monastics and many were of unconventional behaviour. 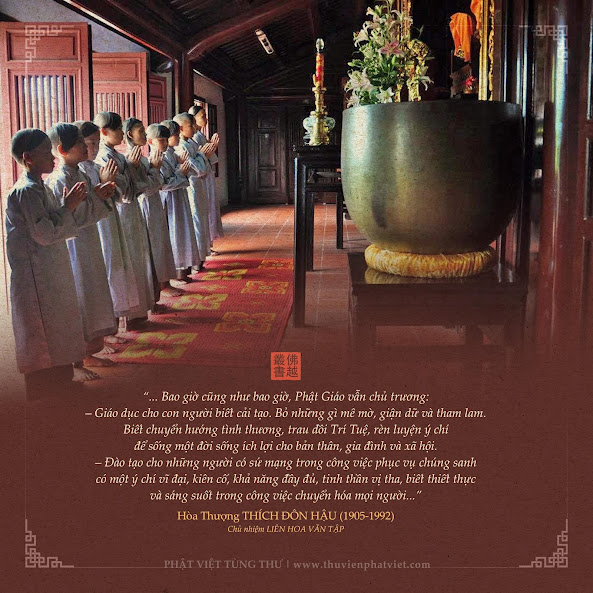