1.  Q: Anyone know any jokes about sodium? A: Na
2. Q: What is the most important rule in chemistry? A: Never lick the spoon!
3. Q: What did the scientist say when he found 2 isotopes of helium? A: HeHe8.
4. Q: Why was the mole of oxygen molecules excited when he walked out of the singles bar? A: He got Avogadro's number!
5. Making bad chemistry jokes because all the good ones Argon
6.   Helium walks into a bar; the bar tender says "We don't serve noble gasses in here." Helium doesn't react.
7.   Silver walks up to Gold in a bar and says, "AU, get outta here!"
8.   Two chemists go into a restaurant.
The first one says "I think I'll have an H2O."
The second one says "I think I'll have an H2O too" -- and he died.
9.     A proton and a neutron are walking down the street.
The proton says, "Wait, I dropped an electron help me look for it."
The neutron says "Are you sure?" The proton replies "I'm positive."
10.  Money has recently been discovered to be a not-yet-identified super heavy element. The proposed name is: Un-obtainium.
11.  As an ion chromatography chemist I made this one up:
Anions aren't negative, they're just misunderstood.
12.  The optimist sees the glass half full.
The pessimist sees the glass half empty.
The chemist see the glass completely full, half in the liquid state and half in the vapor state.
13.  Q: What do chemists call a benzene ring with iron atoms replacing the carbon atoms? A: A ferrous wheel.
14.  Q: If H2O is the formula for water, what is the formula for ice? A: H2O cubed.
15.  Q: What did the bartender say when oxygen, hydrogen, sulfur, sodium, and phosphorous walked into his bar? A: OH SNaP!
16.  A neutron walks into a bar. He asks the bartender, "How much for a beer?" The bartender offers him a warm smile and says, "For you, no charge".
17.  Q: What do you do with a dead chemist? A: Barium
18.  Q: What did one ion say to the other? A: I've got my ion you.
19.  Q: Why did the chemist sole and heel his shoes with silicone rubber? A: To reduce his carbon footprint.
20.  Q: What do you call a tooth in a glass of water? A: One molar solution.
21.  A small piece of sodium that lived in a test tube fell in love with a Bunsen burner. "Oh Bunsen, my flame," the sodium pined. "I melt whenever I see you," The Bunsen burner replied, "It's just a phase you're going through."
22.  Q: What do you call a clown who's in jail? A: A silicon.
23.  Q: Why do chemists enjoy working with ammonia? A: Because it's pretty basic stuff.
24.  Q: What emotional disorder does a gas chomatograph suffer from? A: Separation anxiety.
25.  Q: Why does hamburger yield lower energy than steak? A: Because it's in the ground state.
26.  Florence Flask was getting ready for the opera. All of a sudden, she screamed: "Erlenmeyer, my joules! Somebody has stolen my joules!" The husband replied, "Calm down, honey. We'll find a solution."
27.  Q: If H20 is water, what is H204? A: Drinking, bathing, washing, swimming, etc.
28.  Titanium is a most amorous metal. When it gets hot, it'll combine with anything.
29.  Q: What did one titration say to the other? A: "Let's meet at the endpoint."
30.  Q: What did the Mass Spectrometer say to the Gas Chromatograph? A: Breaking up is hard to do.
31.  Old chemists never die, they just stop reacting.
32.  Q: What is "HIJKLMNO"? A: H2O.
33.  Q: When one physicist asks another, "What's new?" what's the typical response? A:C over lambda.
34.  Q: How did the chemist survive the famine? A: By subsisting on titrations.
35.  Q: What happens when spectroscopists are idle?
A: They turn from notating nuclear spins to notating unclear puns.
36.  If you're not part of the solution, you're part of the precipitate.
37.  Q: Why can't lawyers do NMR? A: Bar magnets have poor homogeneity.
38.  Q: What element is derived from a Norse god? A: Thorium.
39.  Q: What happened to the man who was stopped for having sodium chloride and a nine-volt in his car? A: He was booked for a salt and battery.
40.  Q: What element is a girl's future best friend? A: Carbon.
41.  Little Willie was a chemist. Little Willie is no more. What he thought was H2O was H2SO4.
42.  Q: What is the name of 007's Eskimo cousin? A: Polar Bond.

43.  A chemistry professor couldn't resist interjecting a little philosophy into a class lecture. He interrupted his discussion on balancing chemical equations, saying, "Remember, if you're not part of the solution, you're part of the precipitate!"

45.  A student comes into his lab class right at the end of the hour. Fearing he'll get an "F", he asks a fellow student what she's been doing. "We've been observing water under the microscope. We're suppose to write up what we see." The page of her notebook is filled with little figures resembling circles and ellipses with hair on them. The panic-stricken student hears the bell go off, opens his notebook and writes, "During this laboratory, I examined water under the microscope and I saw twice as many H's as O's."

46.  Q: How did the football cheerleader define hydrophobic on her chemistry exam?
A: Fear of utility bills.

48.  Q: What do chemists call a benzene ring with iron atoms replacing the carbon atoms?
A: A ferrous wheel:

49.  Q: What is the chemical name of the following benzene-like molecule?

53.  Q: Why do chemists like nitrates so much? A: They're cheaper than day rates.

54.  Q: What is the chemical formula for the molecules in candy?
A: Carbon-Holmium-Cobalt-Lanthanum-Tellurium or CHoCoLaTe

55.   Here is a historical note: In the 1980's, in an effort to increase public awareness about the importance of chemistry, the American Chemical Society posted billboards with a picture of C6H10 and the title, "It takes alkynes to make a world."

56.  Q: Why do chemists call helium, curium and barium the medical elements?
A: Because if you can't helium or curium, you barium!

58.  Q: What do you call a joke that is based on cobalt, radon, and yttrium?  A: CoRnY. See explanation

59.  Q: If a mole of moles were digging a mole of holes, what would you see?
A: A mole of molasses.  See explanation

60.  Q: What does a teary-eyed, joyful Santa say about chemistry?
A: HOH, HOH, HOH! See explanation

61.  Q: Why is potassium a racist element?
A: Because, when you put three of them together, you get KKK.  See explanation

62.  An electron sitting in a prison asked a second electron cellmate, "What are you in for?" To which the latter replied, "For attempting a forbidden transition."
See explanation

63.  Q: What is the dullest element? A: Bohrium  See explanation

64.  At the end of the semester, a 10th-grade chemistry teacher asked her students what was the most important thing that they learned in lab. A student promptly raised his hand and said, "Never lick the spoon."

65.  Q: How did the political science major define free radical on his chemistry exam?
A: A wild protestor. See explanation

66.  Q: How many guacs are in a bowl of guacamole?  A: Avocados number.  See explanation

74.  Earlier this week I noticed a joke come up on the Chemistry World twitter feed. What’s more, it was one I’d not heard before: “Hey, know any good jokes about sodium?” “Na.” Brilliant.
75.  Two atoms bump into each other. ‘I think I lost an electron.’ The other asks: ‘Are you sure?’ The first replies: ‘I’m positive.’
76.  What did the chemist say when he found two isotopes of Helium? ‘HeHe’.
77.  Why did the white bear dissolve in water? Because it was polar.
78.  Last night a hypnotist convinced me I was a soft, malleable metal with an atomic number of 82. I’m easily lead.
79.  Are you familiar with Friedel-Crafts? Sure, it’s by the Hobby Lobby on Route 3.
80.  What weapon can you make from the chemicals potassium, nickel and iron? KNiFe.
81.  Some guy tried to sell me sand for a thousand bucks yesterday. It was such a silicon.
82.  What do chemists use to make guacamole? Avogadros.
83.  How much is a glass of Adenosine TriPhospate? 80p.
84.  What do you call a tooth suspended in 1 litre of water? “A Molar solution.”
85.  A photon checks into a hotel and is asked if he needs any help with his luggage.” No, I’m travelling light.”
86.  Did you hear Oxygen and Potassium went out on a date? It went OK. Not even a week later, Oxygen went out with Magnesium . OMg. Oxygen then tried to ask Nitrogen out. She said NO.
87. This is no joke but a call to *BAN* dihydrogen monoxide, otherwise know as the invisible, killer substance. Jupiter Scientific's science joke webpage is probably not the place to post this protest, but the JS staff feels very strongly about this issue. For your information, dihydrogen monoxide (DHMO) is colorless, odorless, tasteless, and kills thousands of people every year. Most of these deaths are caused by accidental inhalation of DHMO in its liquid form, but the dangers of dihydrogen monoxide do not end there. Prolonged exposure to its solid form causes tissue damage and contact with its gaseous form causes burns. DHMO use is widespread. For those who have become dependent on it, DHMO withdrawal means death. DHMO can be an environmental hazard: it is a major component of acid rain, contributes to the "greenhouse effect", leads to the erosion of natural landscapes and hastens the corrosion of most metals. Being so prevalent (quantities are found in every stream, lake and reservoir), DHMO contamination is at epidemic proportions. Despite the dangers, DHMO is often used as an industrial solvent, as a fire retardant, in nuclear power plants and (can you believe this) in certain food products. Companies dump waste dihydrogen monoxide into rivers and the ocean, and nothing can be done to stop them because this practice is still legal. STOP THE HORROR NOW! The American government and the United Nations have refused to ban the production, distribution or use of this chemical due to its "economic importance." The navy and certain other military organizations are highly dependent on DHMO for various purposes. Military facilities receive tons of it through a sophisticated underground distribution network. It is also stored in large quantities for military emergencies. BUT IT'S NOT TOO LATE! You can help. Act *NOW* to prevent further contamination. Write your representatives. Start and sign petitions. Send e-mails. Inform your friends about the dangers. What you don't know *CAN* hurt you and every individual throughout the world.
See explanation

88.  Finally, chemical jokes are B(oron) or Ar(gon)… however physics jokes have potential.

If you know any, please add under the comments. Thanks ! 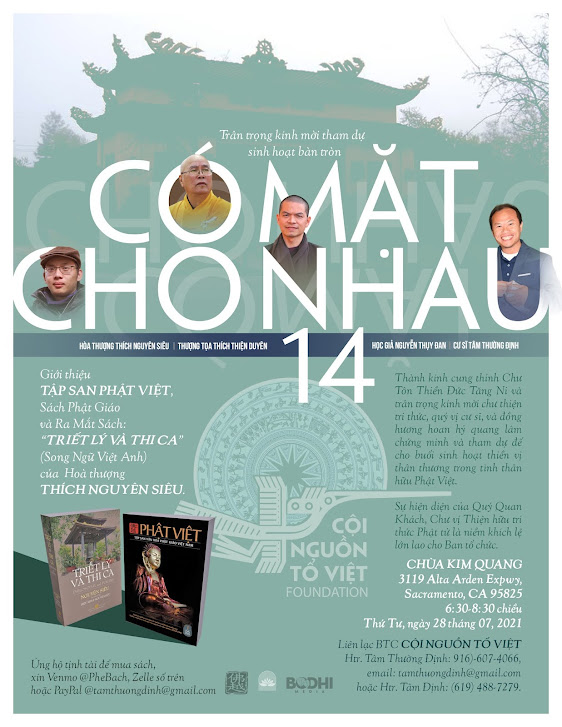