WALKING FOR THE FUTURE OF OUR CHILDREN'S EDUCATION 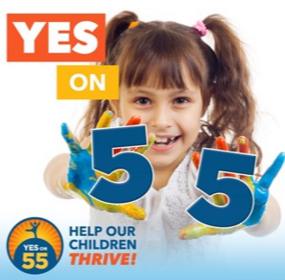 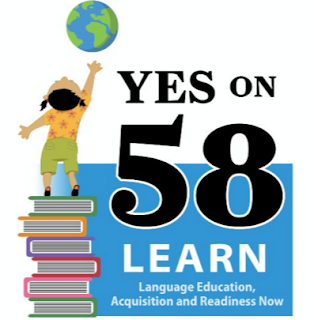 WALKING FOR THE FUTURE OF OUR CHILDREN'S EDUCATION

Voter turnout depends on socioeconomic factors such as education, income, gender, age, and race. Today, we share our experiences walking the precinct in two diverse communities, North Sacramento and Natomas,  with different social classes. We enjoyed and learned from each experience.

First, we visited North Sacramento and interacted with African Americans, Asians, Hispanics, and Whites in getting out the vote on Prop 55 The Children’s Education And Health Care Protection Act & Proposition 58 - the “Multilingual Education Act”. In Natomas, we met African Americans, Asians, Hispanics, Indians, and Whites. Both neighborhoods were diverse with different ethnicities and were both pleasant to visit.

In North Sacramento, we experienced more individuals who were home when we knocked on their doors. We also experienced many of them who dialogued with us through a metal screened gate in front of their front doors. Many times we spoke to them and could not see them, but they could see us, resulting in awkward communication.  Some people we met couldn’t commit to supporting Propositions 55 & 58 saying, “I have to ask my husband” or “ I have to ask my wife” or “ I can’t vote but I will tell my friends”. Most of the people were pleasant and listened to us and agreed “Yes” to my question, “Can we count on your vote for Propositions 55 & 58?” We went to two different church parking lots to spread the message. The first group of church people were friendly and already aware of Prop 55 and took some flyers to pass out to others. In contrast, at another church a man said, “I don’t vote because we all are going to die.”  He then went on to say, “Look at the two choices we have.” He was not even interested in the local propositions because of his biased attitude towards the presidential race.

Overall, many people were willing to listen and support propositions 55 & 58 when we revealed we were “Teachers” or “Educators” and were respectful. What stood out for both of us was a young African American man who was playing catch with a group of ten kids outside throwing a football. Unexpectedly, one of the toddlers approached and hugged me. As we approached him, he was very pleasant and attentive, yet uninformed on the propositions. For several minutes we engaged discussion about the importance of Proposition 55. We explained  Prop. 55 would extend current taxes on the top 2% of income earners for 11 years, with no new tax increases, and if it failed, how it would impact our children’s educational futures. In addition, we explained that if it doesn’t pass our schools will lose $4 billion in cuts each year, and thousands of teachers will be laid off. His response was, “Thank you, now I know and I will vote on it.”  It was so amazing because until that moment, we questioned the effectiveness of our precinct walk.

We were able to connect voters because of our backgrounds. Additionally, it was also a great feeling to have the validation from the citizens. They said, “I trusted in you as teachers and I will vote for YES.”

In the Natomas  neighborhoods, many people were not home, so we left literature on their doors or door steps. Some people ambled out of their home and had a discussion with us about the propositions. Some stated they had already voted. We talked to some workers at a property about the propositions and one man stated, “We don’t want Trump to win because we don’t want to be deported.” Another lady wouldn’t speak with us because she proclaimed, “I am busy with the little one” while a toddler held onto her leg. Overall, the experience was pleasant and voters were willing to listen and support both propositions 55 & 58.

In closing, we believe North Sacramento neighborhoods were less informed, more apprehensive in talking with us, yet willing to listen. In contrast, Natomas neighborhoods were more informed yet less people were home for us to dialogue with. More importantly, we believe there is a clear indication that many people are more informed and focused on the presidential race than on state and local issues. After reflecting on my experiences we find it compelling how uninformed many people are on such vital initiatives that affect their long-term best interest. California schools rank 46th in the nation’s funding per student, but many people claim to support our schools. We are saddened by the fact that some individuals could vote against their own best interests because they are uninformed or unwilling to research politics with only sixteen days remaining until election day.  We then remind ourselves of the important of education and we continue to advocate for teachers, students, and families. Our experience was positive, enjoyable and educational.

Possible Solutions:
1. Getting out the vote by setting up voter registration stations in neighborhoods.
2. Collaborating with churches or church members in the community.
3. Meeting on local and State issues throughout the year.
4. Having literature on California’s voting rights for felons.
Holding “Vote for Prop. 55 and 58” signs on busy streets.